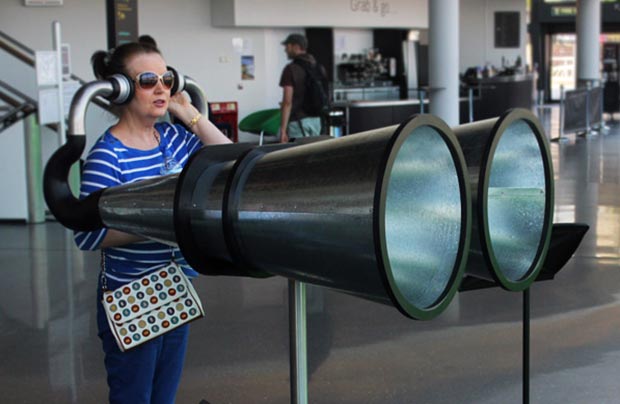 Suzy O’Hara from Thinking Digital Arts teamed me up with a technologist called James Rutherford to create an artwork currently on show at the Sage Gateshead music performance centre. I came up with the idea of making some ‘Binaudios’ that are like tourist binoculars except you can ‘hear’ across great distances. For example, point the Binaudios towards the football stadium and you will hear the crowd chanting, turn it again to the river and hear a boat moving on the water.

I set about recording over 50 sounds around Newcastle including things like street performers, the train station and the local Grainger Market. I also used some historical sounds like the sound of the long since vanished shipbuilding in the 1970’s and King George V’s opening speech of the Tyne Bridge in 1928.

Then I sketched out how the Binaudios would look. James worked out, using electronics, how to make each sound be heard when the binaudios pointed towards the location of the original sound in the distance. This gives a real feeling that the Binaudios can listen across a whole city. We worked with a local company Raskl to fabricate the Binaudio object and James hid the electronics inside the structure. I wanted the Binaudios to appear to really listen to sounds far away without the technology behind it being visible.

Visit my projects website for more pictures and information here.

Hear a sample of the sounds heard by moving the Binaudios to point to different locations.
https://dl.dropboxusercontent.com/u/24724168/binaudios_sample.mp3%20 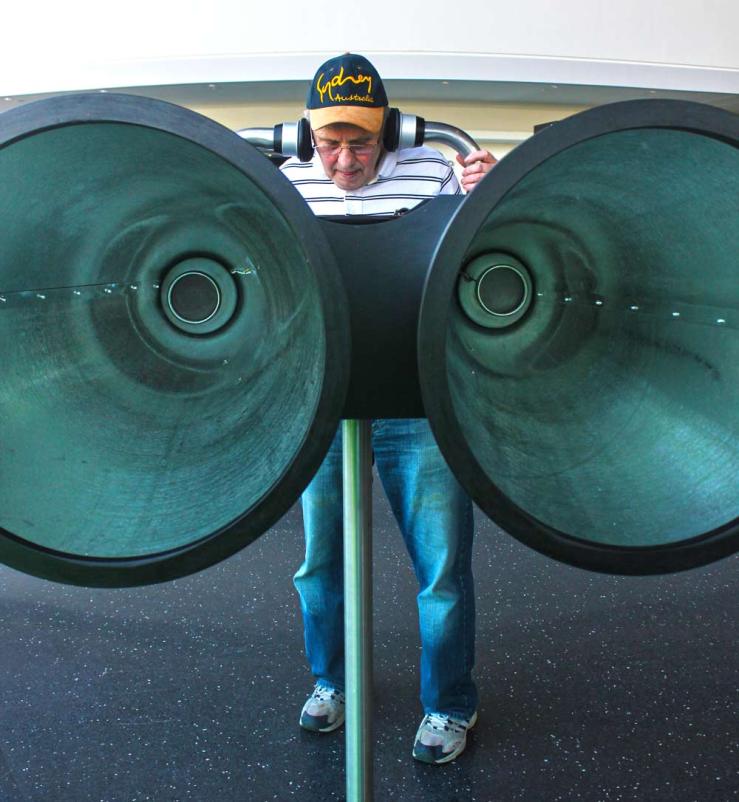 My Dad trying them out. 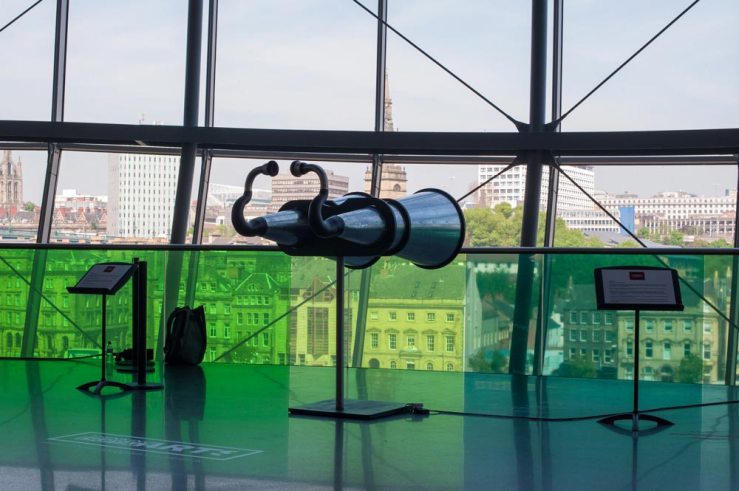 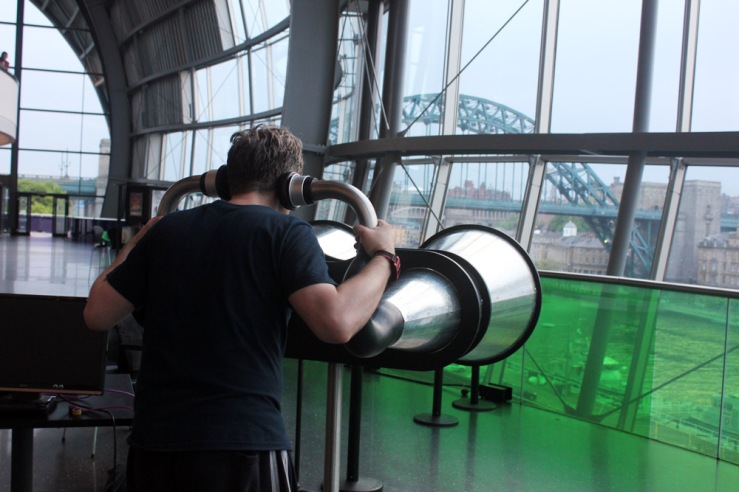 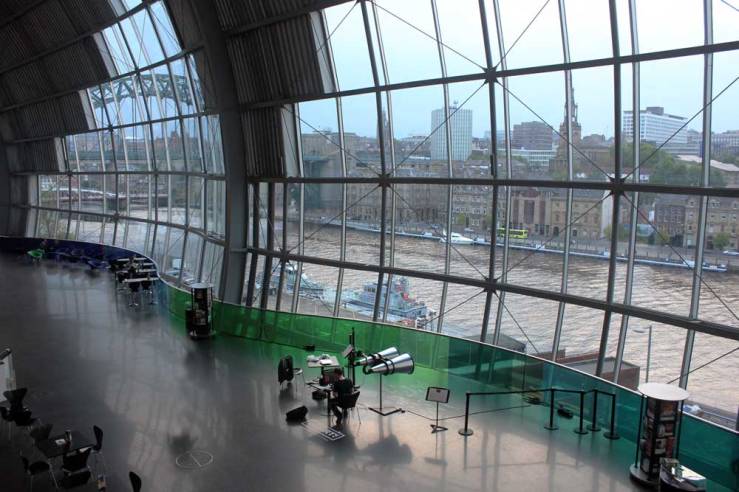 The view across to Newcastle. 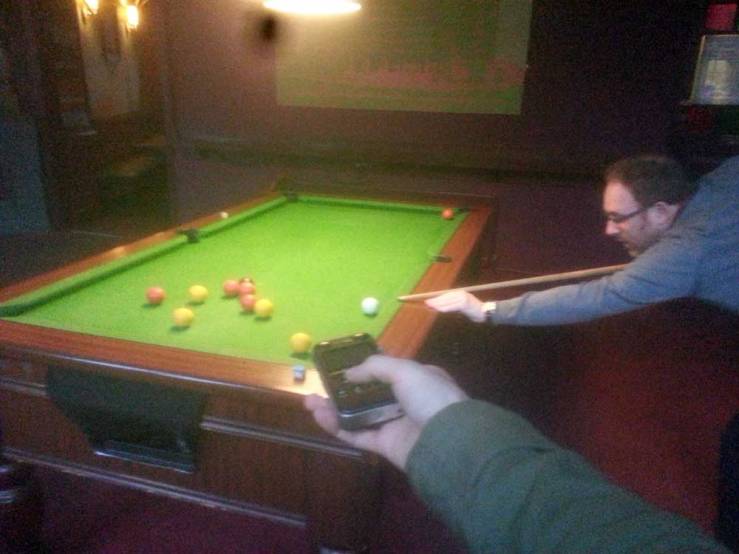 Recording the sounds of playing pool in a local pub The Tanner’s Arms. 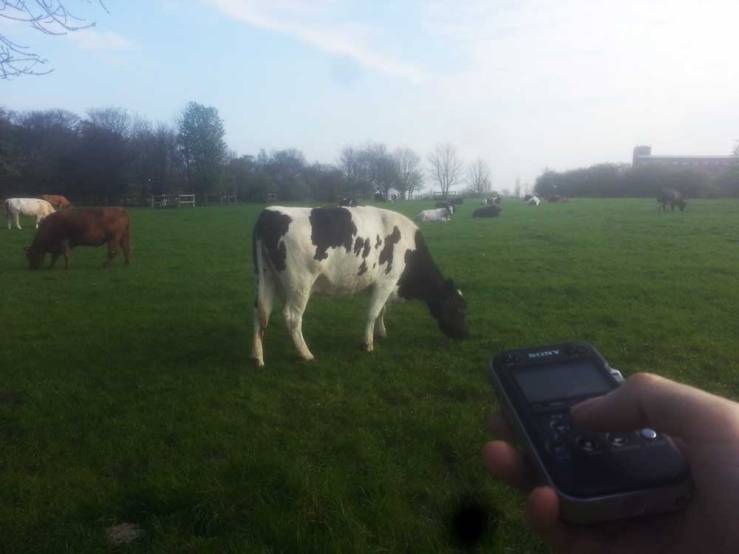 Point the Binaudios to the Town Moor to hear the sound of cows eating grass. 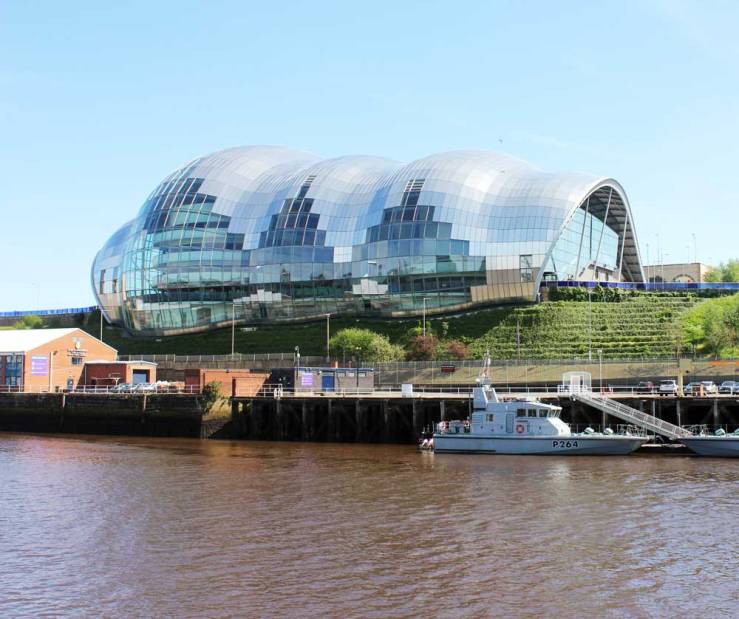 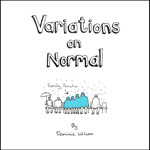