After my triumphant victory over the 3D Printer in Milan I returned to home turf to compete against a new printer at the Victoria and Albert Museum in London during their monthly Friday Late event. This time I competed against a machine from A1 Technologies. I decided that we should both make a model of St Paul’s Cathedral. In Milan I used clay to make the Duomo but this time I thought I would try marzipan just to make it more difficult for myself and get closer to potential public humiliation.

I was a little surprised at the size of the crowd as I came out from behind the curtain after we were introduced. 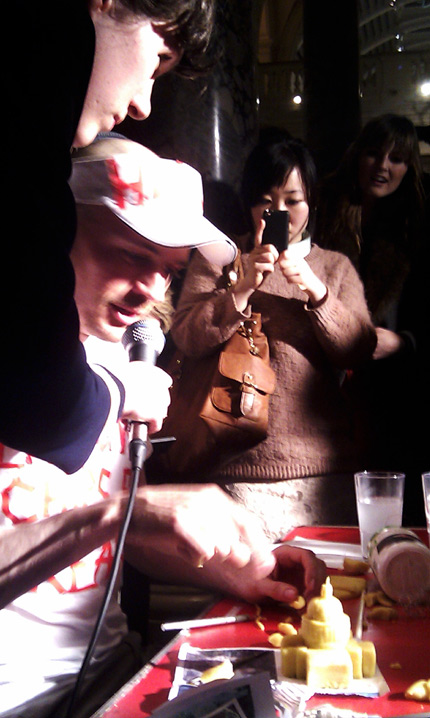 Curator extraordinaire Beatrice Galilee gave running commentary on the event, highlighting such dramas as the fact I seemed to be struggling to get into the marzipan packet. 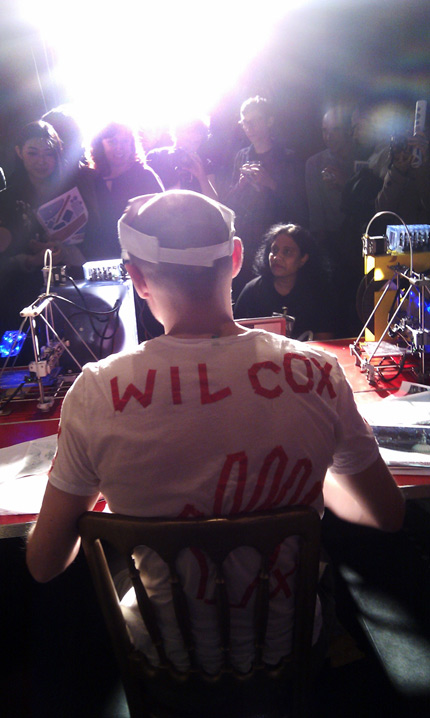 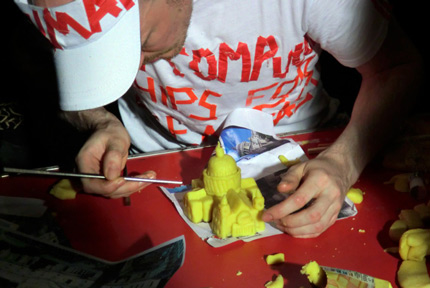 The maripan got softer as the heat rose so it was a bit of a challenge to make a Cathedral.

The vote was put to the crowd and they thought I had won (most likely out of sympathy).