This grand old building in central London is being demolished from today to make way for a new student union building at LSE. I was amazed to find this out and I am sure there will be many in that area that will get a bit of a shock when it starts.

I was contacted about making something in the building for a quickly organised exhibition that referenced it’s life and history in some way. The St Philips building started in 1903 as a workhouse Infirmary for the poor before going on to be a hospital for women and then bought by the London School of Economics.

I was shown around the building, all rooms were empty apart from one remaining locked office that was abandoned with all it’s contents intact. I thought that it was as if the room was waiting to die and I wanted to ease its transition from this world. 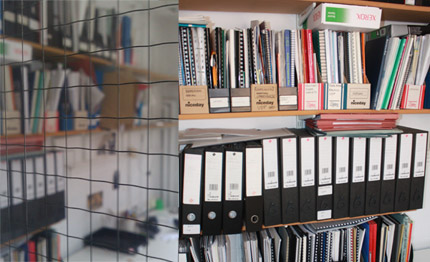 I double and triple checked that the contents of the room were no longer wanted and they were left to the fate of demolition.

My thought for the office was to leave it intact but to remove the colour from every aspect in the room (via white paint) thereby taking away a layer of reality and connection to our world as it moves closer to its imminent death.

In order to distance the room from our world further I decided to keep the door locked so people had to peer in through the small window. 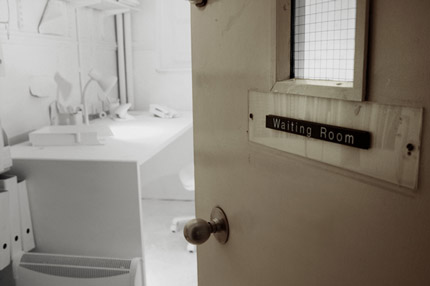